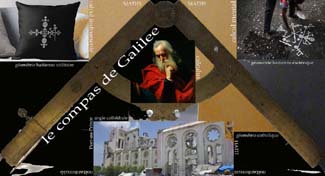 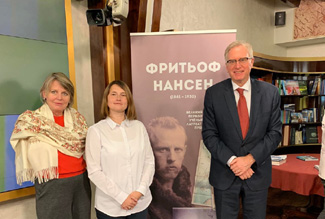 Some people never forget, and they are forever grateful. This is the case with the Russians, who cherish the memory of Fridtjof Nansen. In October this year, it was 160 years since Fridtjof Nansen’s birth in Oslo, Norway. The year 2021, was also the 100th anniversary of Nansen’s humanitarian work in Russia. This “annexed” career took off in 1921, after his long and successful career as a Polar explorer, scientist and diplomat, and lasted until his death in 1930. His first undertaking in the humanitarian field was the repatriation of prisoners of war blocked in Soviet Russia, following the famine in Russia with millions and millions of persons starving to death, and then came the Russian refugees’ disaster. There were approximately 800,000 refugees scattered around Europe who had fled the Soviet Union. And who was the only person who accepted to help them? Nansen. The Soviets had declared that these persons were no longer considered Russian nor Soviet citizens, so overnight in December 1921 they became stateless. Today we would call it a humanitarian disaster.

The Russians are forever grateful to Nansen for his efforts, and it’s within this context that the Russian Geographical Society, the Royal Norwegian Embassy in Moscow and Paulsen Publishing House organized a series of events to pay tribute to this exceptional man.

The last of these events, and perhaps the most important one, took place in Moscow on 1st December. It was a full day’s event starting early in the morning, and lasting until late afternoon. The distinguished guest, Ms. Raisa Neyaglova-Kolosova, CEO of Paulsen Publishing, gave the opening remarks before leaving the floor to His Excellency Rune Resaland, Norwegian Ambassador to Russia. Then followed opening speeches by His Excellency Nikolaj Kortsjunov of the Arctic Council and Nikolaj Kasimov, Vice President of the Russian Geographic Society and Member of the Russian Scientific Committee.

The floor was then opened to presentations of different aspects of Nansen’s life. Ms. Natalia Budur, author of the Russian-language biography The Man and the Myth, told us about his life.

Then followed presentations about Nansen’s scientific work by Sergey Pisarev, a Polar explorer and the director of polar oceanography at the prestigious Russian Academy. Sergey Pisarev explained that Nansen’s research work is inextricably linked to the first steps in oceanology. Nansen was behind the idea of the construction of the ship Fram and an ice-drift station. To this day, Oceanologists use the Nansensleden and Nansenbatymeter. He was the first to measure internal gravity waves under natural conditions and drew attention to the relationship between the direction of the wind that drives an ocean current and the direction of the current on the waves (the phenomenon was later called the Ekman spiral).

After the scientific work, the floor was open to Bjørn Ousland via Zoom from Oslo, author of several children’s books entitled: Nansen´s Polar Expeditions Illustrated for Children. Ousland wrote about Fridtjof Nansen´s Polar expeditions, across Greenland and on skis over the Polar Sea, which, in his opinion, were some of the most exciting journeys ever made, and the start of modern polar exploration. By illustrating these amazing achievements, Ousland has tried to make the life and work of Nansen accessible for children in Norway and Russia.

The Director of the Fram Museum, Geir Kløver, spoke from Oslo about why Fridtjof Nansen and the trip with Fram is still relevant 125 years later.

Fridtjof Nansen and the Fram returned to Norway in 1896 after three years drifting in the ice from the New Siberian Islands to north of Svalbard. The expedition is still an inspiration for modern-day scientists, and the detailed results of the expedition are comparable to the results of today’s expeditions in the same area. Geir will share some of the key moments from Nansen’s expedition and show how the Fram Museum works with the original archives of the expedition and makes these available for the public. The next speaker was Valery Kryukov, Doctor of Economics, Academician of the Russian Academy of Sciences, Director of the Institute of Economics, and Industrial Organization (Novosibirsk), who gave a presentation on «Nansen and Siberia». Nansen had travelled through Siberia and had even published a book about his trip.

The next theme on the program was Nansen’s humanitarian work, where I had a chance to present the book, I wrote back in 2016, and which has been translated and published by Paulsen Publishing House, in Moscow. My presentation was dedicated to Nansen’s work on the repatriation of the prisoners of war stuck in Soviet-Russia after the First World War. 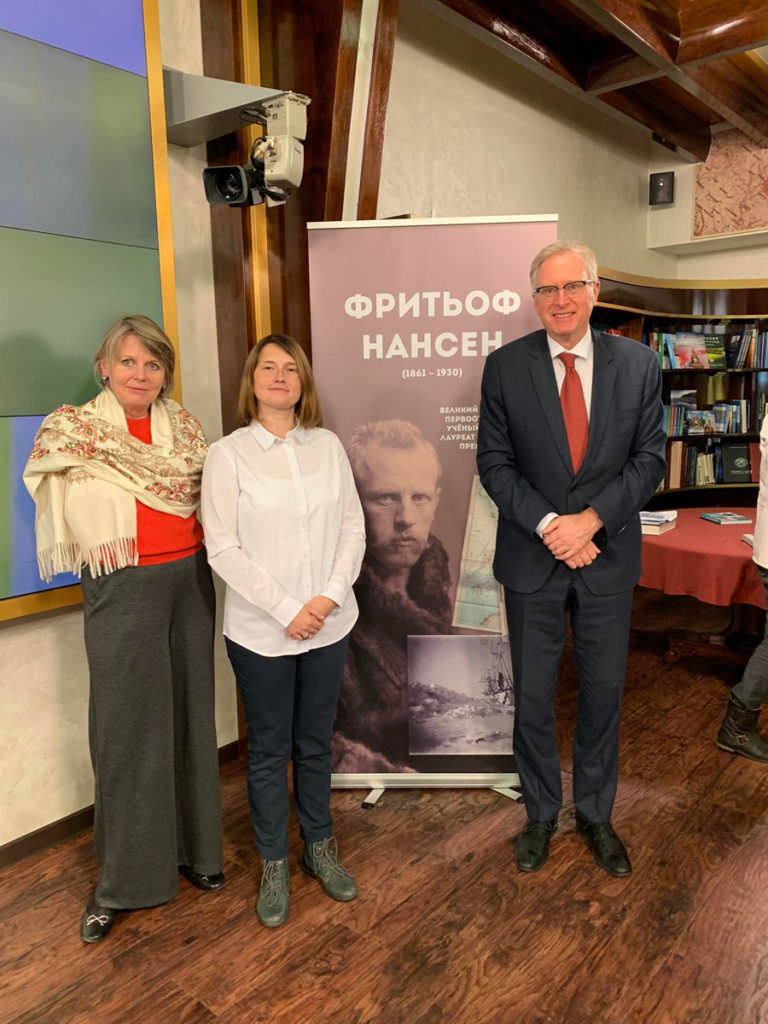 Tatiana Bondarenko, historian and author of the Nansen Mission in Russia, talked about Nansen’s work in the Volga region during the Great Famine. Fridtjof Nansen organized humanitarian aid during the famine in Soviet Russia in the 1920s. He headed a committee (the Nansen Mission) that coordinated the work of 30 relief organizations. More than 60% of the supplies went to the Saratov province. In November 1921, Nansen arrived in the southern Volga region. There he made a film recording which he then showed in European countries and the USA. Thanks to Nansen and his collaborators, 1.5 million people were saved. In response to the famine, Nansen financed the establishment of two agricultural stations in Soviet Russia. They had an educational function, namely to introduce the Soviet peasant to the latest agricultural methods in order to increase the profitability of agriculture and prevent the recurrence of famine.

The last theme on the agenda was the preservation of the rich archives after Nansen. The first intervention was by Anne Melgård, research librarian at the Norwegian National Library who spoke from Oslo about Nansen – a challenger in the past – and today. Since the 1960s, the National Library has managed Fridtjof Nansen’s archives, a comprehensive collection, as diverse as the man himself. It is an honorable assignment – but at the same time also challenging. Then followed Margarita Shaskina, Research Librarian, State Archives of Saratov Oblast (Saratov) who talked about Fridtjof Nansen in the local press, 1921-1922, 100-year-old articles in the newspapers Saratovskije Izvestia and Kamp, which tell in detail about the dramatic events of the time. Not only, Fridtjof Nansen is mentioned, but also his co-workers, and we get an insight into how their work was presented to the public. The last speaker was Maria Matveeva, Head of the Archives of the Russian Geographical Society in Saint Petersburg who spoke about Nansen and the Russian Geographical Society.

The Nansen celebrations did not stop here, but continued with presentations at the BiblioGlobus, Moscow’s major bookstore, and also presentations at the International Book Fair in Moscow. The Russians are very grateful, and it’s amazing to see how much they cherish this man, whom most Norwegians hardly remember. 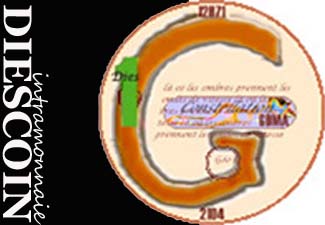 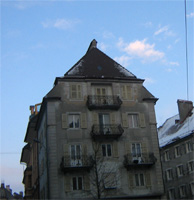 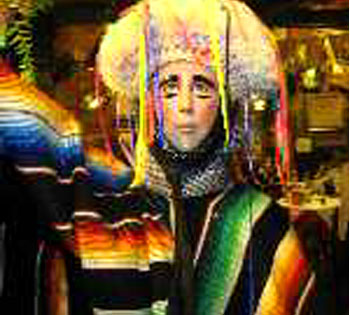